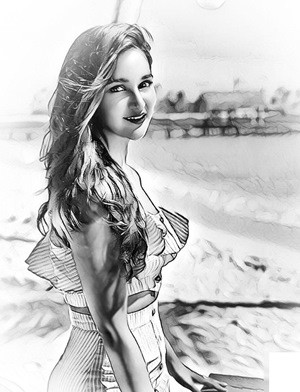 Mukti Mohan is an Indian Contemporary dancer. She, along with her team, Masakkali Girls won the dance reality show Zara Nachke Dikha. She also appeared in many other reality shows. She also shared the screen in movies.

Mukti was born on 21 June 1987 in Mumbai, Maharashtra, India. Her family keeps faith in the Hinduism. Her father’s name is Brijmohan Sharma who is a government officer.

Her father has a hobby of writing. Her mother’s name is Kusum Mohan who is a homemaker. Their family is one of the happiest ones. Mukti has four sisters. Among them, Neeti Mohan and Kriti Mohan are her elders. Shakti Mohan is her younger sister.

Mukti belongs to an educated family. She was admitted to Birla Balika Vidyapeeth, Pilani. After that, she pursued her higher studies at St. Xavier’s College, Mumbai. She graduated from there in Psychology. She also trained herself as a dancer in Terence Lewis Contemporary Dance Company.

Mukti Mohan’s career started on the stage of the dance reality show Zara Nachke Dikha. Thereafter, she appeared in the reality show Jhalak Dikhla Jaa ( season 6) in 2013 which was broadcasted on Colors.

In 2007 Mukti debuted in the world of the movie with the movie Blood Brothers. The movie was directed by Vishal Bhardwaj. It was a short film. The film was based on HIV – AIDS.

The story was written by Matthew Robbins. In 2011 she was featured in an item song named I Love to Love You from the film Saheb Biwi Aur Gangster. She appeared in the song ‘Raat’ from the movie Hate Story.

In 2013 she got featured in an item song for the movie Topiwala. In the next year, she was seen in the item song Kambal Ke Neeche from the movie Kaanchi: The Unbreakable. In 2017 she acted in a short film entitled Born Free.

There she played the role of Vanya. In 2020 Mukti appeared in the song Saiyyan Saiyyan as a guest.

Mukti’s television career started when she appeared in the dance reality show Zara Nachke Dikha in 2010. It was aired on Star Plus. She, along with her team Masakkali Girls, was announced the winners of the show.

She also stated that it had been an amazing experience to work with renowned celebrities. In 2013, she was a contestant on the reality show Jhalak Dikhla Jaa, season 6.

This show was broadcasted on Colors. She also took part in a comedy show named Comedy Circus Ka Jadoo as a contestant.

She, along with Kapil Sharma, entertained the audience with their hilarious performances. They eventually left the stage of Comedy Circus bagging the apanages as ‘Winner’ of the show. In 2015 she was a guest in the dance reality show Nach Baliye Season 7.

The program was judged by Shilpa Shetty, Sajid Khan, and Terrence Lewis. 2016 was waiting for her appearance in the reality show Fear Factor: Khatron Ke Khiladi Season 7. She was a contestant there.

Next, in 2017 she hosted a singing reality show Dil Hai Hindustani along with the young and energetic anchor Raghav Juyal.

Next, she appeared in Dance With Me as a dance expert along with her younger sister Shakti Mohan on Zee Cafe. They together appeared again in the second season of the show the next year.

Mukti appeared in a music video named Teriyaan Tu Jaane in 2005. Amit Trivedi, Harshdeep Kaur, and Jyoti Nooran lent their voice to this song. After a gap of a few years, she performed in an MV Kanha Re with her younger sister Shakti Muhan. The vocalist of the song was Neeti Mohan.

In 2019 Mukti was featured opposite Sanam in the MV Ishq Ne. It was sung by Anuradha Palakurthi. In 2022 she was a part of the video song Akhiyaan Na Akhiyaan.

Shivin Narang was the male counterpart of the song. Asees Kaur and Goldie Sohel lent their voice. In the same year, she performed in the song Naari sung by Neeti Mohan.

Mukti did not leave any place untouched. In 2017 she acted in the web series TVF Inmates. She portrayed the character of Kay, a young girl who was professionally a DJ.

She also endorsed many brands. She got featured in the advertisement for Ok Cupid India. Apart from all these, she supported women’s empowerment and hence advertised women empowerment issues.

Mukti has a net worth that is estimated at around 1 million USD (approx) as in 2022.